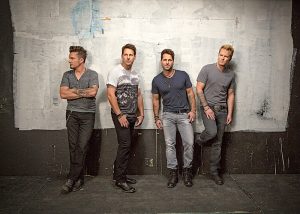 Schuylkill County Fair announces their entertainment lineup for this year’s fair.  The fair will run July 31 through August 5.   Every night the fair will feature different artist and groups on the M & T Stage.

Starting Monday of fair week the stage will feature Diaspora an Oldies and Classic rock group.    Diaspora is sponsored by J. C. Hill Tree Farm.  The group consists of four musically talented individuals.  Relax, sit back and enjoy the rock classics of yesterday.  Let your mind travel back in time remembering a simpler, slower pace era when you listened to your radio for the songs you loved. Back to a time of the summer of love 50 years ago.  You don’t have to go to San Francisco to experience your summer of love when you can be entertained by the sounds of Diaspora on the M & T stage at 7 and 9 PM.

Tuesday August 1st let loose with Reckless a local classic country group of five talented musicians.   The country “kick in” group will not only be kicking country tunes, but will also be favoring some classic rock tunes.  Sponsoring the band is Hidden River Credit Union and Richard B. Ryon Insurance.   The band plays a variety of country favorites from the 70’s to present.   Reckless is a country band that plays “Country Dance Music”.  So put on your favorite boots for some boot scooting boogie at 7 and 9 for when reckless takes the stage.

Get crazy with Crazy Hearts on Wednesday August 2 with two performances at 7 and 9 PM.  Crazy Hearts is sponsored by the Red Lion Café.  Crazy Hearts is all about Country music with a new attitude.  Need an attitude adjustment?  After spending an evening listening to these 5 talented musicians you will leave an attitude of good vibrations.

Elvis returns!  The Ultimate Elvis Tribute performer, Shawn Klush will grace the M & T Stage Thursday evening August 3.  Shawn will perform as Elvis at 7 and 9 PM.  The shows are sponsored by Comfort Inn Midway and Fidler Brothers Construction, Inc.   Premium Seating can be arranged for the entire evening performances at 7 and 9 by calling (570.527.8240).

Nashville Recording Artist Parmalee takes the M & T Stage at 9 PM Friday, August 4.  A onetime performance that you won’t want to miss as they rock the country scene.  Hear a live performance of “Musta Had A Good Time the groups number chart topping single.  Pretend you are in the Carolinas as yu listen to the group’s multi-week #1 smash “Carolina” which became the longest climbing single by a duo or group in the 24-year history of the Billboard Country Airplay Chart.  After you are done line dancing to DJ Chicken Nugget make your way across the fairgrounds to a premium seat which can be arranged by calling (570.527.2840) to listen to Parmalee.  Prior to Parmalee listen to another local performer that has graced the M & T Stage at the Schuylkill County Fairgrounds, Jesse Wade.  Jesse will take the stage at 7 PM to warm up the crowd.  Country Music Outlaw, Jesse Wade will allow you to discover your country roots when he hits the stage.  Jesse Wade has been entertaining audiences for over 30 years.  Jesse is described as a “hard-hitting, rock-in’ country blues tribute artist.”   Jess Wade provides both vocals and guitar.  High-energy performances of Jesse Wade span the music of country greats George Jones and Patsy Cline to Travis Tritt and Jason Aldean.  Country rocks the stage on Friday evening at the Schuylkill County Fair.  Friday’s performances is sponsored by Schaeffer’s Harley-Davidson & Schaeffer’s Motor Sports.

Fair week is not over till the Mahoney Brothers take the M & T Stage on Saturday, August 5 with two performances at 7 and 9 pm.  At 7 PM The Mahoney Brothers Present: Juke Box Heroes Live.   This performance will take the audience through more than half a century of music as they celebrate the 20th anniversary of the inception of this musical tribute to their favorite rock and roll influences.  Influences like Elvis, The Beach Boys, Rick Nelson, the Evenly Brothers, Jerry Lee Lewis, Buddy Holly. The musical impersonations spanning more than 60 year from Benny Goodman through Neil Diamond, Willie Nelson, The Bee Gees to Garth Brooks.  Be transported through an era of classical rock and roll as you listen to the Mahoney Brothers. This performance is sponsored by Schuylkill County Visitor Bureau.   They return to the stage at 9 for The Mahoney Brothers Present: Long Live the Beatles.   The performance at 9 p.m. is all about the Beatles.  Long Live the Beatles is a production celebrating 30 years of performance.   The Mahoney Brothers take great pleasure in recreating the look, sound and timeless music of John, Paul, George and Ringo with a great attention to detail.  You don’t want to miss this performance on the main stage sponsored by Pioneer Pole Building at 9 p.m.

Want to be up close and personal with some of the performers at the Schuylkill County Fair, July 31 through August 5?  If so, the fair has arranged some accommodations for you.  The Fair is offering Premium Seating at three of their evening Performances.  Premium Seating will be available starting Thursday, August 3 for Shawn Klush, Ultimate Elvis Tribute.  Premium Seating will continue on Friday evening with Paramlee and again on Saturday with the Mahoney Brothers Present.

Obtain your Premium Seating for only $10.00 for the entire evening performance.  With Premium Seating you don’t have to come to the fair extra early and plant your lawn chair and guard your spot. Arrive for the evening’s stage performance minutes before the performer goes on and relax in a chair provided by the Fair.  Reserved Premium Seating arrangements may be made with Grace Karrer at (570.527.8240).